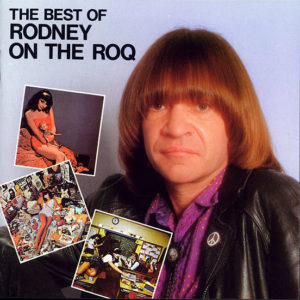 Rodney Bingenheimer is an American radio disc jockey who was on the Los Angeles rock station KROQ-FM. He joined SiriusXM’s Little Steven’s Underground Garage on July 16, 2017. He is notable for helping numerous bands become successful in the American market. His contribution to the music business has been described as important.[1] He developed a reputation for being the first American D.J. to identify new artists and play “edgy new bands” such as Blondie, the Ramones, the Sex Pistols, Van Halen, Guns N’ Roses, Duran Duran, The Cure, Joan Jett, The Hollywood Squares, Hole, Symbol Six, No Doubt, Blur, Nirvana, Sonic Youth, The Bangles, X, The Pandoras, Germs, and many others.

He managed a Los Angeles nightclub called Rodney Bingenheimer’s English Disco in the early seventies.
He was the subject of a documentary by late filmmaker George Hickenlooper entitled Mayor of the Sunset Strip. He was described as a “famous groupie, now respectable” by Mick Jagger, and the film documented Bingenheimer’s status as a person with numerous high-profile friends. In 2007, he was honored with the 2,330th star on Hollywood Boulevard.

Due to his far-reaching connections within the burgeoning Hollywood music scene, Bingenheimer was given a show on the then relatively unknown Pasadena FM and AM radio station KROQ-FM, called Rodney on the ROQ, which began in August 1976 and ended June 5, 2017.His tentative voice conveyed a “painful sincerity” suggesting that he “loves the music he plays”, introducing it like a matchmaker introducing two lovers – a person to a song.

His radio show strongly influenced the emergence of the Los Angeles punk scene in the late 1970s and was at odds with the prevailing country-rock style that dominated the West Coast music scene at the time. The show featured the latest punk and new wave and glam releases from London and New York, and labored to help celebrities build their careers alongside “anybody brave or stupid enough to put out a record in Los Angeles,” he said. Bingenheimer later summed up his programming philosophy:

This page will take a moment to load. All of these files are linked to Retro Radio Joe’s page on Mixcloud.
Updated Sept 20, 2021

Tons of Rodney On The ROQ videos on Youtube.